I know it’s been a while since I’ve posted anything but I’ve been doing other things and I haven’t taken the time to post.  To be honest I’ve been rather depressed as of late.  The fact that I’m not working anywhere and not able to keep my mind off of things makes it difficult to not get depressed.

Both my daughters graduated in May and here it is the end of June and neither one has any job offers on the table.  One of my daughters has a teaching degree and has had a couple of interviews but no one wants to hire her.  The other has some sort of advertising degree and she’s got several applications in but hasn’t had any interviews yet.  They have six months to get a job to start paying their loans back.  My son went through the same thing and we were prepared to help him with paying back his loans but as luck would have it, he got a job right at the end.  Now we have two that we’d have to help and right now there is no way we can help.  We just can’t afford it.  I guess, if worse comes to worst, we could get some kind of load to help but I don’t want to get back in debt again.

The sight of my daughter getting so excited to get an interview and then wait for a phone call that never comes is more that I can handle.  She says she’s alright but I know just how disappointed she is and I’m disappointed for her.  What makes this thing a little worse is that she does have a part-time job working at the YMCA.  The thing is that they’ve hired too many people and now only works every other week so she’s not making the money she was promised. At least my other daughter is working, at least until the end of July until she has to move out of her apartment and then she will be out of a job.

I guess it’s all part of parenting. There’s a lot more I’d rather do as a parent than to watch them struggle.  My son, who I was worried about when he graduated, now has a job making nearly twice as much as I did when I worked thirty-two years and he’s only worked for about four.  Go figure.  Maybe my girls will end up doing the same thing.  I pray they will. 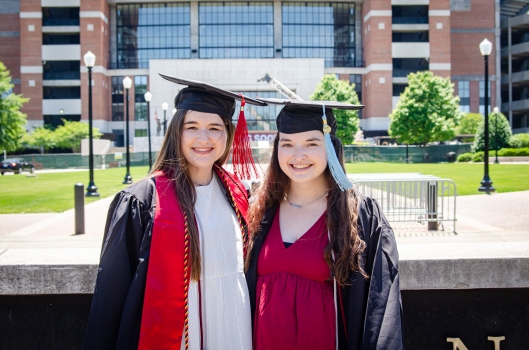 I hope you got a chance to visit your mother today or at least made or received a phone call. I got to visit mine for a few minutes. We practiced social distancing while visiting her on our porch.  My mom is in her mid 80’s so she won’t be here with us too much longer so I want to spend as much time with her as possible, front porch or not.

My family spent the afternoon last Saturday taking pictures at the University of Alabama, where my two daughters graduated.  I’m so proud of both of them.  The one on the left will go into advertising while the other will be going into childhood education.

Off-topic…The person I’m seeing in the mirror in the mornings as I’m getting into the shower is beginning to disgust me once again. You and I both know what that means.  My gym will be opening soon and then there is that treadmill downstairs.  In the meantime. I’ll be watching what I eat and walking on the treadmill.  I’ll need all the encouragement I can get.  The goal…10 pounds in 10 weeks.

My health has steadily improved over the past several months with the exception of a sciatic nerve pain issue in my right hip.  I’ve been dealing with it since right before Christmas.  It has gotten better but I did end up getting a pain block this past Friday.  Not sure if it worked or not.

A couple of nights before Christmas, one of my daughters and I had a fallen  out.  Because of my health there were some changes made with my job.  One of which was a huge pay cut.  This daughter of mine loves to go out and shop when ever she’s home.  I’ve tried talking to her about my job status but it still didn’t matter.  I cut lose on her, which I now regret.  I left the house upset, jumped into my truck and didn’t make it far before I parked into a parking lot and lost it.  I guess it had been building up for a long time and I just couldn’t hold it in any longer.  I’m doing better now I guess.  I haven’t had an episode like that since but I do miss my girls tremendously when they’re away at school.

Got plans to start riding my bicycle next week.  Found a couple of small groups that don’t go too far and are easy rides.  I think I’ll do better riding with someone else verses riding by myself at least till my health really improves.

That’s it for now.

My oldest just graduated college and my two daughters just graduated high school. My son is currently looking for a job while my daughters are working at a local water park from 9am until 8pm.  Both my daughters will be attending the same college where my son graduated and they will leaving sometime this month to start school.  Where has the time gone?  I was hoping that my daughters would spend some time at home before going off to school but they want to earn some money before leaving out.  I can’t blame them for that.  It’s just going to be harder on mom and me when they do finally move out.

I guess that’s part of being a parent.  Time for the kids to leave the nest.  I had my doubts about my son but he turned out pretty good.  My daughters are another story.  They will be sharing the same dorm but I feel that neither can live without the other.  They depend on each other so much. Both have separate majors so each will have their own classes.  They will just have to work it out on their own I guess.  Mom and I will be basket cases before it’s all over with. 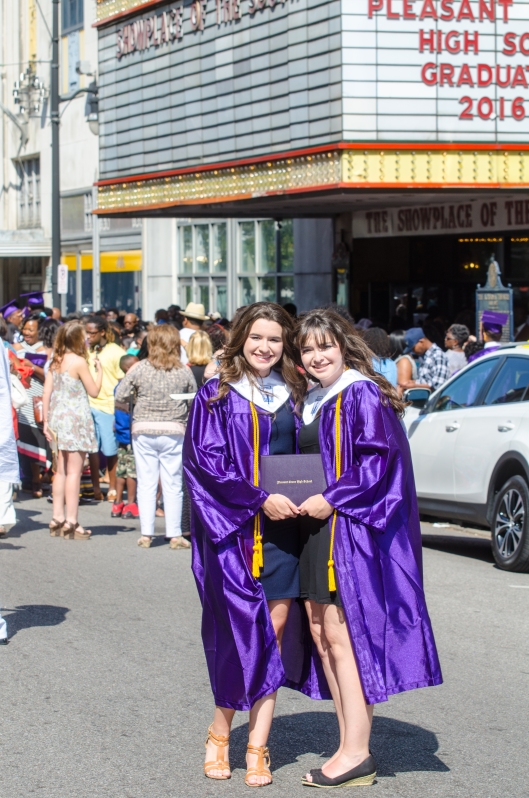