I’ve been absent of late and for a good reason.  Although the doctor stated during my last oncologist appointment that my medicine is not working, I’m still feeling pretty good so I’m taking advantage of it and getting some things done around the house.  With that being said, I had to increase the dosage by 100mg and it’s starting to take a toll on my breathing.  Not much mind you but just enough to where I know that eventually, I’ll have to have more fluid drained from around my lungs.

I’ve got 39 more days to work and boy am I ready.  It can’t come fast enough. I’m supposed to meet with HR on Tuesday to discuss my retirement and post-retirement insurance.  More about this later.

The last four years have really played havoc around my house.  I’ve been fortunate to have a wife who is willing to cut the grass around the house but the other duties have gone by the wayside. My deck on the back side of the house needed cleaning four years ago and now it’s, well, pathetic.  The deck was black with mold and some of the hand railings needed to be replaced.  For the last three weeks, I have spent the afternoons and weekends cleaning this deck.  I have finished with the inside now to do the outside and then paint or stain next.

There was a Fourth of July celebration up the street and I was fortunate enough to take some pictures of some fireworks from my front yard.  I didn’t get all I wanted because at the same time I was trying to get my drone off the ground to video the event.  My phone kept locking up so I had to settle with just the pictures. 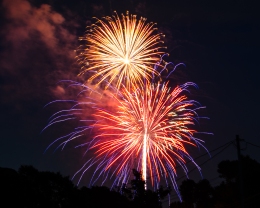 I am currently sick with a sinus infection.  I went to the doctor today.  The drainage is making me cough and my chest is hurting.  I had plans on washing my truck and cleaning the outside today but that didn’t happen.  Maybe I’ll feel like doing it tomorrow.

We had some pretty bad storms come through the northern part of our state yesterday afternoon and evening.  There was an EF3 tornado hit one of our colleges and destroyed a lot of student dorms and apartments.  Luckily, most of the students were away for spring break.  I’m not sure where the students will live once school resumes.  Thankfully there were no fatalities.  Although, we keep hearing of one fatality through social media but not through official sources.

I had a small altercation with another vehicle this afternoon as I’m trying to enter the interstate.  As you can see by the sign I was clearly in the right.  If I hadn’t slowed down we would have sideswiped each other.  I’m not sure who’s fault it would have been but at times I wished I had a machine gun attached to my bumper. 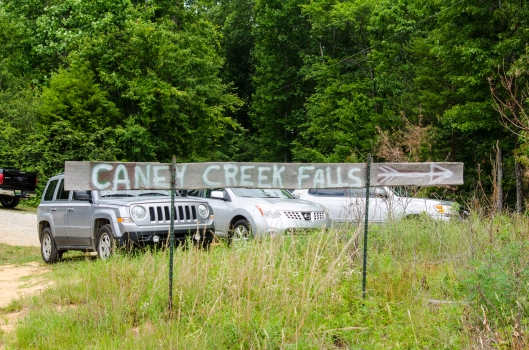 I’m a bit late posting this but I’ve just now got around to it.  This trail head in the Jasper/Double Springs area of the Bankhead National Forest.  If you’re ever in this area I would highly recomend this place.

The trail starts off down hill for about twenty yards or so.  Which is fine but you’ve got to come back up.  The trail itself is rather nice.  It’s farly wide for the most part but does narrow down to a single person for a bit before reaching the falls.

My wife and I followed this trail for about a mile and a half when we saw a young lady sitting on a log off to the side of the trail.  Surrounding her was another female and a male friend.  The lady on the log looked like she was having some heat related issues.  I offered one of my bottles but they refused any help from us.  Evedently, the hill going down to the falls was steeper than I had read. 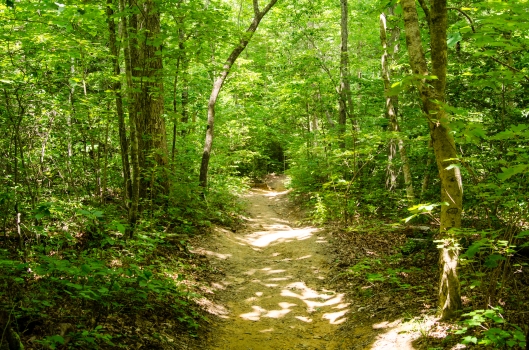 Going down this hill was tough on my legs but not near as tough as going up it.  Once to the falls you had to climb down to the creek to get any pictures of the falls.  There were several young people swiming and I feel sure the water was cold.  My wife didn’t venture down to the falls because she was afraid she’d fall.  The same thought had entered my mind as well but I just walked a little over a mile to get here and I wan’t going to let a little climb turn me around. 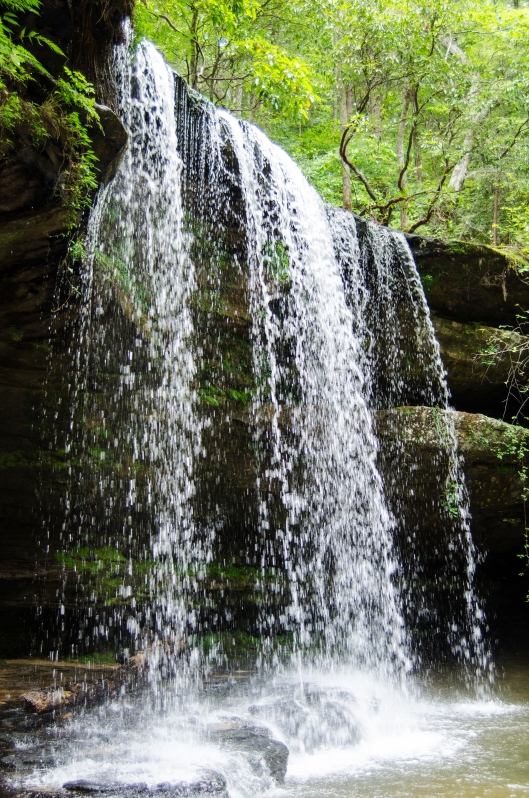 As we guessed, the climb out of there was slow for me.  It took me a while for me to reach the flatter area because I had to stop and catch my breath several times.  Once we made it to the top of the hill it wasn’t so bad getting back to out truck.  With the exception of the last twenty yards.

For anyone with breathing issues or congestive or heart issues, I would not recommend this trail.  All others, have at it. Simeple two mile in/out trail.

With my camera!!.  Come spring time I’ll wish I had got her with something more lethal.  I love most animals and I love to take pictures of them.  What I’d love to shoot and I have never been invited is a deer.  Not with a gun mind you but with a camera.

I’m assuming this is mother Mocking Bird waiting on her mate to bring nesting material.  They have nested in this same tree for over five years now.  I keep calling her a she but in reality I’m not sure what sex this bird is.  Two summers ago I found  feathers of a Mocking bird on the ground next to the tree where they nest.  I figured that the mate would move on but to my amazement there were two nesting last year.

She kept moving around and I found it hard to get a decent shot of her due to the limbs in the tree.  I know my neighbors thought I was crazy but who cares.  I knew what I was doing.