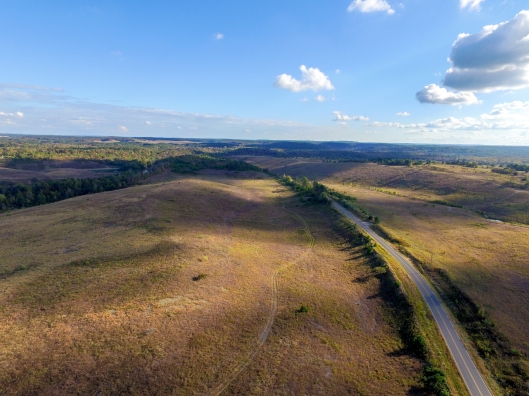 For those that have been following, my breathing had gotten pretty bad as of late.  I’ve been passed around different doctors for several weeks now and finally I was able to get a little relief.  I had to take a full day off last Thursday but I was able to meet with my pulmonologist and he pulled just a little over a liter of fluid off my right lung.  I feel that he could have pulled more out but every little bit helps.  I’m not breathing as well as I was when I got out of the hospital a couple of months ago but they were able to pull 2 liters out last time.  Their not exactly sure why I’m retaining the fluid but they have an idea that it’s the CML meds causing it. They weren’t able to test the fluid last time because the doctor didn’t tell anyone to test it.  This time he took several samples to send to the lab so hopefully they’ll be able to narrow it down as to the cause.

It’s been 28 days since we’ve gotten any rain here.  The picture above shows an area that is normally very green.  As you can see it’s all covered with brown grass.  Can’t wait until we see some rain.